I have been wanting to take this candlelight graveyard tour since I was invited last year. Sometimes it takes a while for plans to fall into place- I am glad they finally did for this.

But this tour is not just about the Acadians. In fact, considering his  family tree, his tour was not all at one sided, giving fair and accurate accounts of both the French and British as they battled for control of the area. 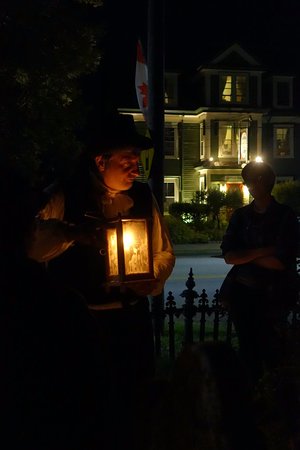 The photo is courtesy of TripAdvisor

What You Need To Know About The Candlelight Graveyard Tour 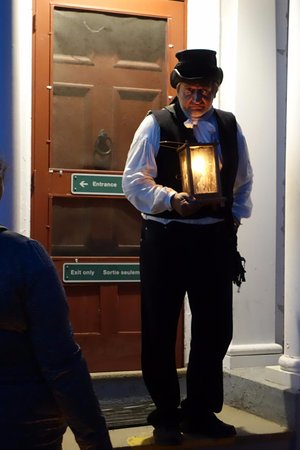 Not only is Alan Melanson a gifted narrator, but he takes great care in making sure everyone navigates the grounds safely-we are in the dark after all and even with lanterns, it’s not always easy to see.

Expect to meander around trees and up steps.It’s dark so could can’t really see the writing on the stones. You won’t care-you’ll be listening to Alan. A plus is he usually warns you when there are obstacles ahead- like sharp and hard foot stones and the like

It’s exciting to grab a lantern -and he has lots-but they do get heavy after awhile. he  uses real candles-so the top  of the lantern can be hot. Very hot.

Need more convincing? Have a gander at the video below

Cleaning Your Tent and Backpack

My 7 Wonders of Nova Scotia

How to Walk on the Ocean Floor

Mar 3, 2021 Susan Carey
Share this ArticleLike this article? Email it to a friend!
Email sent!