Anyone who has not yet visited Peggy’s Cove, hands up!

While it is the most well-known  symbol of Nova Scotia- recognized universally  as ‘Nova Scotia’, not all of us have made this trek. We are often  BAD at seeing our own province, people!

Anyhoo,I think everyone should brave the parking nightmare ( circumvent this by going in the off-season – the waves are just as heart stopping and the restaurant is still open) and enjoy this most famous of tourist attractions.

The name, Peggy’s Cove, has spawned numerous legends, one being that it was the name of a sole shipwreck survivor from a sinking at  Halibut Rock. Local artist William Degarthe claimed Peggy was a young woman, but other stories say she was a  child adopted by locals and named Peggy, later becoming know as Peggy of the Cove.

Others say the village name  simply refers to  the colloquial version of Margaret – as in St Margarets Bay.

In 1811, the province granted 800 acres to 6 families who scraped a living from the sea and if you can believe it, farming. Now, of course, tourism is a huge boost to the local economy.

But people don’t flock to Peggy’s Cove for the gift shops, the restaurant or even the lighthouse. Those are a dime a dozen in Nova Scotia. 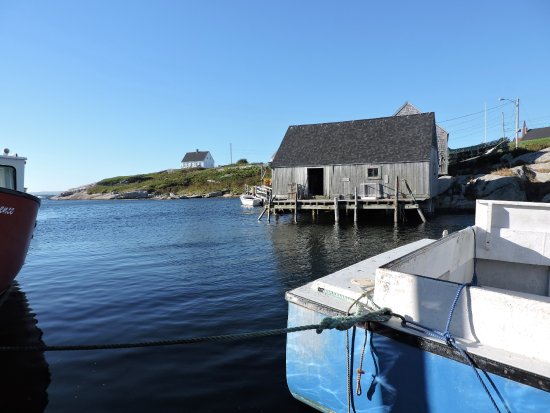 This photo of Peggy’s Cove is courtesy of TripAdvisor

They  come to here   for the landscape-the flowing sea of granite glacial erratics left behind by the slow  scouring movement of receding glaciers. It’s rugged beauty regularly draws 500,000 annually. And why not?  There’s the stunning beauty  of the area, of course, but also there’s  a whisper of danger blowing shoreward with those crashing waves and we, as clueless humans, are drawn to it. It’s no secret people have died heeding the beckoning of those massive waves. Please don’t add to the number!  Stay off the black rocks at all times, even in seemingly calm seas. #safeonshore 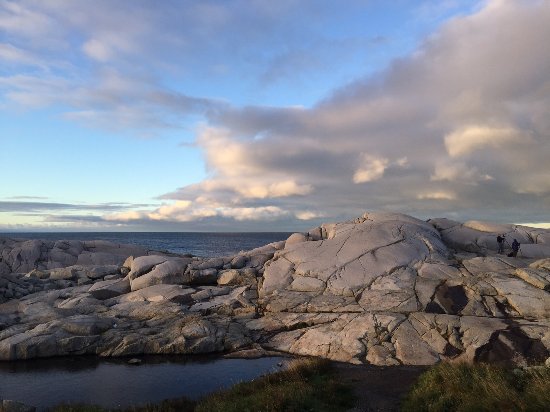 This photo is courtesy of TripAdvisor

That being said, there is plenty to do in this small coastal village of around 30 permanent residents.

What To Do at Peggy’s Cove

A Winter’s Morning in Fishermen’s Cove

3 Big Mistakes I Made While Backpacking the Bluff Wilderness Trail

Cleaning Your Tent and Backpack

My 7 Wonders of Nova Scotia

How to Walk on the Ocean Floor

Mar 3, 2021 Susan Carey
Share this ArticleLike this article? Email it to a friend!
Email sent!